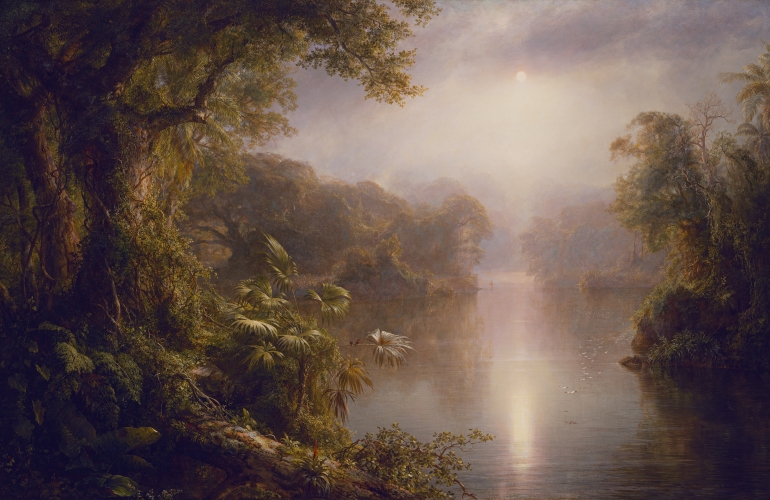 It was a simpler time. An era of cowboys, adventure and discovery, where nature reigned supreme. Waterfalls, mountains, palm trees, sunsets – there is a richness to Church’s paintings that feels Romantic, and almost biblical.

A central figure of the Hudson River School of American landscape painters, he was famous for capturing these grand sweeping skies that stretch across the horizon. You can feel the weight of it’s beauty on the beholder. We barely touch the surface of these paintings, our influence on the land minimal. Church would often include small figures roaming in the foreground to give a sense of scale to these landscapes. We’re transported from viewer to participant, breathing in the wonderment of what lies in front of us. There are no roads, or borders, or structures that define how we traverse the leafy undergrowth, the rich exotic flora and the vast terrain. It exists so we can explore and follow our own path.

Characturistic of the Romantic era formed towards the end of the 18th Century in Europe, his work celebrates nature and rejects industrialisation. There are echoes of his definitive expression with the works of Caspar David Friedrich. Although Friedrich often had more of a human presence in his paintings, both conveyed an emotional, imaginative response to the natural world.

At an uncertain time in our history, we’ve seen nature take back some control with crystal clear rivers that were once murky and pollutant, to cleaner air sweeping away a dense, oppressive smog that hung over our cities.

I feel refreshed, renergesised to go back to nature, and (voluntarily) escape human interaction when I look at Church’s paintings. Nature doesn’t judge; it doesn’t know the mistakes that we’ve made; it doesn’t care about consumerism and economic growth. It’s content. And that should be enough for us. 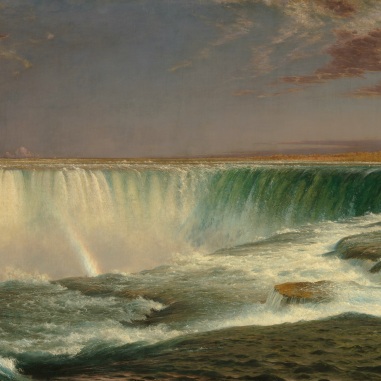