‘People watching’ never felt so good as I take a tour of Martin Parr’s gloriously fun and starkly relevant show ‘Only Human’ at the National Portrait Gallery in London.

‘Only Human’ brings together a major collection of works by Britain’s celebrated photographer, Martin Parr. The central focus of the exhibition is what you’d expect – people. Delving deeper into the show, you realise it’s not just about people, but the culture and the politics that surround us daily.

Parr doesn’t shy away from the camera, and this is shown in his series of ‘Autoportraits’. Curious to the core, Parr has sat for hundreds of pictures, in hundreds of photo booths and photographic studios to explore his interest in travel and tourism. With the same iconic expression seen throughout the years, Parr’s photos are humorous in a deadpan, nonchalant kind of way.

From niche photography that questions the idea of portraiture and true identity, to a series of photo sculptures, engaged in rich Mexican tradition.

‘Fotoesculturas’ are shrine-like objects, traditionally used to showcase prized portraits of deceased loved ones in the home. Drawing inspiration from his ‘Autoportraits’ he not only embeds himself into this longstanding tradition to mock his own identity, he’s also asking us to question the medium of photography and its function to convey identity and memory. Can it ever be real?

Aside from the full running, builders-style cafe erected in the middle of the exhibition (sadly no fry-ups), my favourite Parr ‘project’ was ‘Britain in the time of Brexit’. Photographing areas with a high concentration of ‘Leave’ voters, there was a warm display of patriotism, some more transparent and clear-cut, others just showing the inspiring typical British attitude towards inevitable doom – keep calm and carry on. 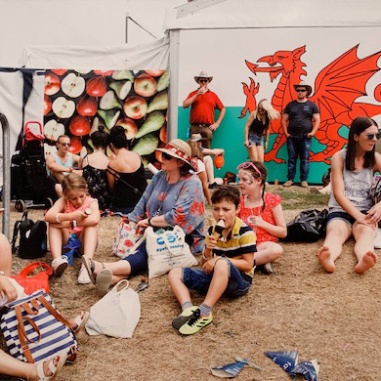 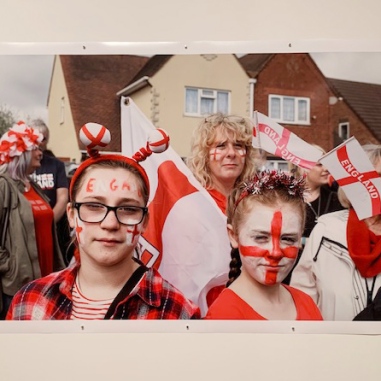 Simply getting on, and doing the shopping, going to the beach, shows the tenacity of the collective British spirit. But of course, Parr always brings us back to the question of identity. How important is identity during this tumultuous change in British history? For some it will reaffirm their sense of self, for others, there is a feeling of degradation, and what it means, and what it will mean, to be British in a multicultural society.

This exhibition feels like an oxymoron. Identity is packaged and documented through different cultures and rituals. They feel real, fresh and relevant. And then you have Martin Parr’s autobiographical works that turn the concept of identity on it’s head. Who knows the real Parr? And perhaps that’s the point. Can photography ever show our true selves?

Visit the ‘Only Human’ and make up your own mind.

‘Only Human’ – Until 27 May at the National Portrait Gallery

#throwbackthursday to Shoreditch trip last month
This little beauty of #urbanart in Hoxton brightened my day 🧡🍊🧡
Lovely spring walk at Isabella plantation! Can you spot the bird?…
Throwback to our trip to #Cornwall. Found these locker beauties on the beach at Newquay
Wishing we were back here @heligangardens on this sunny spring day! 🌺☀️
Cornwall part 2 - the mighty Tintagel walk with @iamgarethwells ⚔️
Loading Comments...
%d bloggers like this: