There are so many influential and inspiring artists out there at the moment I couldn’t just pick one this month, I’ve gone ahead and showcased 3 exciting artists for you with very distinctive (and pretty cool) practices.

Capturing scenes on her epic trips across America, Hayley’s photos are eloquently sublime and cooly simplistic. The rich pastel, vibrant recording and manipulation of colour are reminiscent of 70’s Miami/Los Angeles culture and is heavily seeped in Americana nostalgia. 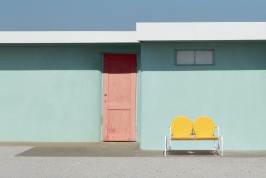 You wouldn’t know it, but Eichenbaum has no formal training in photography, and uses an automatic setting on her Nikon D7 100 and iPhone. “I quit pretty much every photography class I’ve ever taken,” she says. Still, she has an amazing eye for form and color, and a background in installation and performance art.

Eichenbaum started experimenting with Instagram in 2013 at the encouragement of a friend, but it didn’t really click until the following year, when she spent a month exploring Route 66. She found everything about the West fascinating, and snapped some 15,000 photos. She hasn’t stopped since. 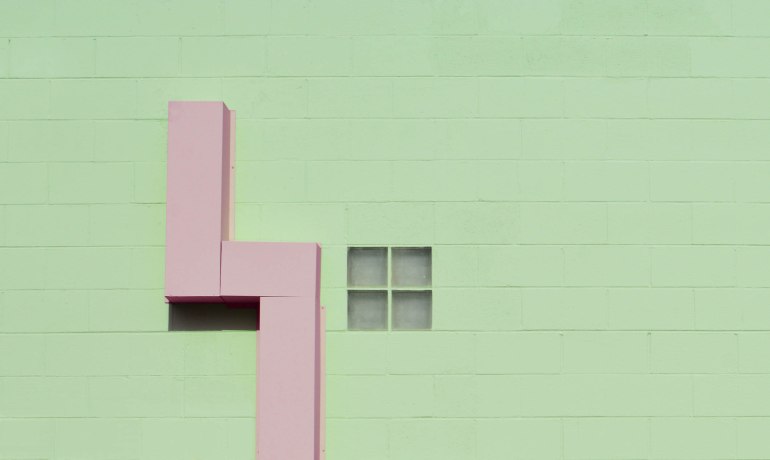 She moved to Los Angeles five months ago. Eichenbaum shoots almost daily, and has made more than two dozen road trips to 13 states. While out and about in her Jeep, she looks for anything colorful and geometric and “this kind of wilting and romantic Americana”—retro signs, distinctive architecture, and desolate buildings. Although she captures grand landscapes and bright scenes, the photos have a flat, illustrative quality. They’re like saturated postcard from a bygone age.

The self-proclaimed “snap-happy” photographer has taken some 40,000 photos during the last two years and jokes that “I’ve got years of material!” She claims the fun happens in post-production, where she relies on cropping and color to make her images look so clean and graphic. Eichenbaum calls herself a “colorist at heart” and happily pumps up colors and removes distractions like power lines in pursuit of her vision. “I want to walk that line between authentic and surreal—because many times that was my experience when seeing these locations in person,” she says. 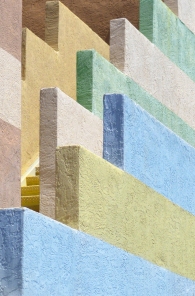 Quote taken from interview on Wired

It’s hard to look at these mixed media photographs and not see 19th Century rural America and be reminded of Terence Malik’s film ‘Days of Heaven’.  There is also a celestial aura of classic romanticism in his landscapes, majestically beautiful and timeless. Having studied film, painting and photography and with a background as a director, Steve’nns practice is very filmic and nostalgic and richly influenced by the Romanticists obsession with clouds.

Blurring the line between the real and imagined, Stev’nn Hall paints and stains images he takes with his 35 mm camera, often landscapes of his rural Ontario hometown. Each mixed media work contains a collaboration of more than 40 images which are combined, blown up, and mounted on birch panel. With acrylic, ink, and pastel he further distorts each image in an impressionist style, imbuing the ponds, prairies, and rural streets with exaggerated colors one might see through a sun flare or tinted glass. 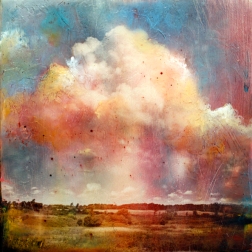 Want to see more of Stev’nn’s work? Check out his website

Made from paper, wire, acrylic and fabric, Jorge Mayet’s tree sculptures are a reflection of the artist’s roots growing up in Cuba. Suspended in the air, these displaced and deconstructed sculptures are a comment on the tree itself, that what is shown on the surface is similar below in the roots. These sculptures are blissfully serene and subtly beautiful in his choice of colours and arrangement. 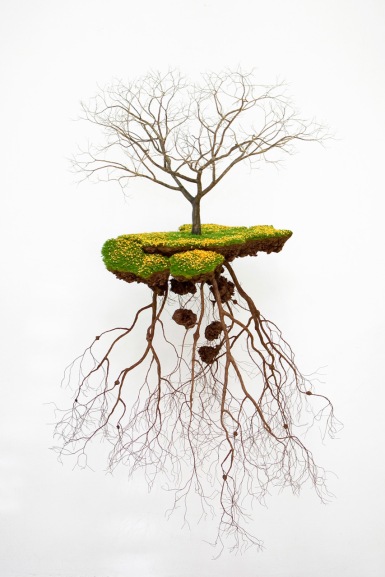 Devoid of political connotation Mayet’s work is a reminiscence of his native Cuba as well as a personal metaphor about exile and liberation. After graduating from San Alejandro’s National School of Fine Arts in Cuba, Jorge Mayet started his early career with painting which gradually gave way to his current sculptures and installations. Today, allegorical landscapes are created from his studio which are embodiments of his life experiences.

Beautiful misty morning sun through the trees 🌳
Snow day ❄️☃️
A bit of urban in Surrey
A love for nature 💚
Under the M25, much nicer than being on it
The powerful #artemisiagentileschi - finally got to see it and worth the wait!
Loading Comments...
Comment
×
%d bloggers like this: