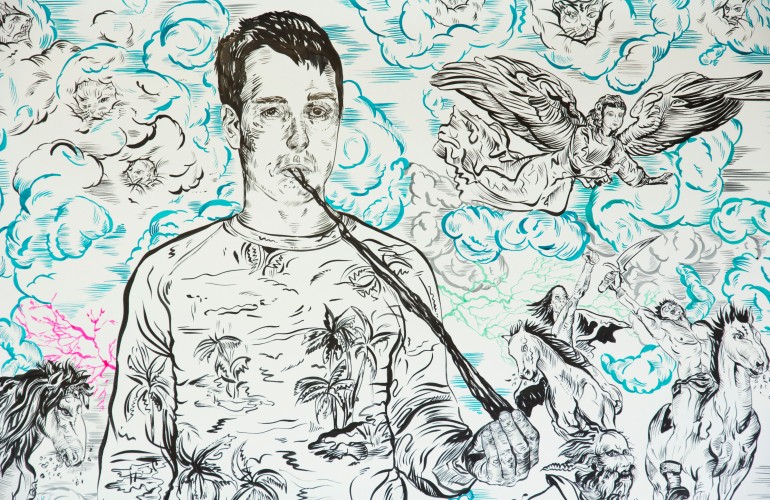 The Jerwood Drawing Prize is the largest and longest running annual open exhibition for drawing in the UK. I was lucky enough to be selected twice for this exhibition, and the drawings selected every year are inspiring! You leave wanting to get your pencil and sketchbook out!

Selected from original drawings, the Jerwood Drawing Prize has established a reputation for its commitment to championing excellence, and to promoting and celebrating the breadth of contemporary drawing practice within the UK. The exhibition provides a platform to showcase the work of drawing practitioners, from student to established, and as a project helps to define a wider understanding of the role and value of drawing in creative practice. The longevity of the Prize, which has been running since 1994, is a testament to the appetite of the artists who make drawings, and the continued interest of audiences visiting the exhibition, making it one of the most popular shows in the Jerwood Visual Arts programme. 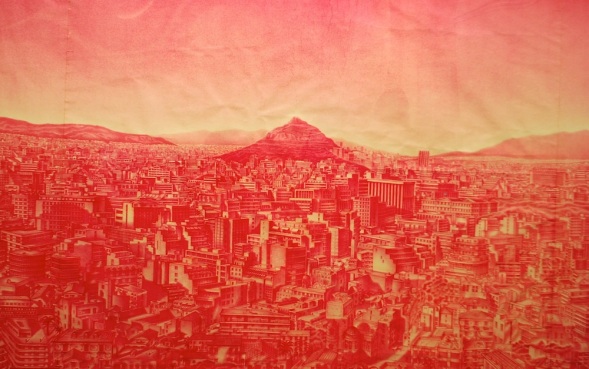 The artists selected for exhibition, now in the running for the prestigious Prize, are:

A total of 60 works by 58 artists, including one collaboration, have been carefully selected for exhibition by the panel; Dexter Dalwood, artist; Salima Hashmi, artist, curator and writer; and John-Paul Stonard, art historian.

“I have been part of selection processes for Biennales in Pakistan, India, Egypt and Japan, however this presented a very different proposition. It was an open call for drawings, with no pre-selection process, and no hard and fast significant criteria. It promised a very ‘democratic’ sample of what drawing meant to any number of practitioners, at any number of levels. Established professionals, emerging young artists, students, and the odd maverick, who simply wanted to put an idea to the test, all jostled for attention and evaluation. Over two intense days, we encountered a surprisingly high level of thought processes, drawing skills, thematic content and mark making ‘trends’. All in all, an overwhelming and enlightening experience.”  Salima Hashmi, July 2015.

“The Jerwood Drawing Prize is one of the most important art prizes in the UK, and unique for focusing on the medium of drawing. It was inspiring to see the range of entries, not only drawings in the traditional sense, but also drawing as a process seen through other media, including sculpture and video. The drawings selected were those that had the energy of a personal vision, and showed dedication to the medium.”  John-Paul Stonard, July 2015.

“The strange thing about being part of a panel of three judges, who were all coming from very different positions regarding drawing, was just how much we agreed rather than vehemently disagreed. As a panel we looked at over 2,500 works and the variety of drawing was extraordinary.”  Dexter Dalwood, July 2015.